In 2016 we helped Swindon Borough Council raise more than £4.2 million from the public to build solar energy with two investment offers. Abundance structured, marketed and managed the investments, working directly with both the Council and its sustainable power and waste solutions company, Public Power Solutions to help deliver their ambition to power the equivalent of all the homes in the Borough with renewables by 2020.

We launched two separate offers in February and November 2016 before the solar panels were installed. This raised the necessary funds for the projects to go ahead, but our investors' money was only released once the solar farms were fully installed and operational, removing construction risk and making these long-term refinance Debentures. Investor returns are generated from the sale of electricity generated by the solar panels. An innovative feature of both Debentures was the fact that Swindon Borough Council was a co-investor in the projects, and committed to spend a proportion of the profits generated from the solar farms on community projects in Swindon.

To engage a wide range of customers, our marketing and PR team ran a dedicated local marketing campaign including out of home advertising along busy commuter routes, and local digital and press advertising. This resulted in an all-time high level of engagement in any single offer, with significant national press coverage for both the offer and Council's objectives. This heightened awareness and promotion resulted in the second offer selling out in less than half the time of the first.

We also won a major industry accolade for our work with Swindon Council, named Solutions Partner of the Year in the 2017 Public Finance Innovation Awards. The judges said: “This is an innovative and relevant partnership between the council, private sector and residents. The long-term investment programme responds to the critical issue of green energy and there are clear benefits to both the client and the community.”

And the significance of the Chapel Farm investment was recognised by the then Secretary of State for Communities and Local Government, Sajid Javid, MP. He said: “This is an excellent example of a local council working with the private sector to provide local people with a means of investing in their local community and its infrastructure. I wish it every success.” 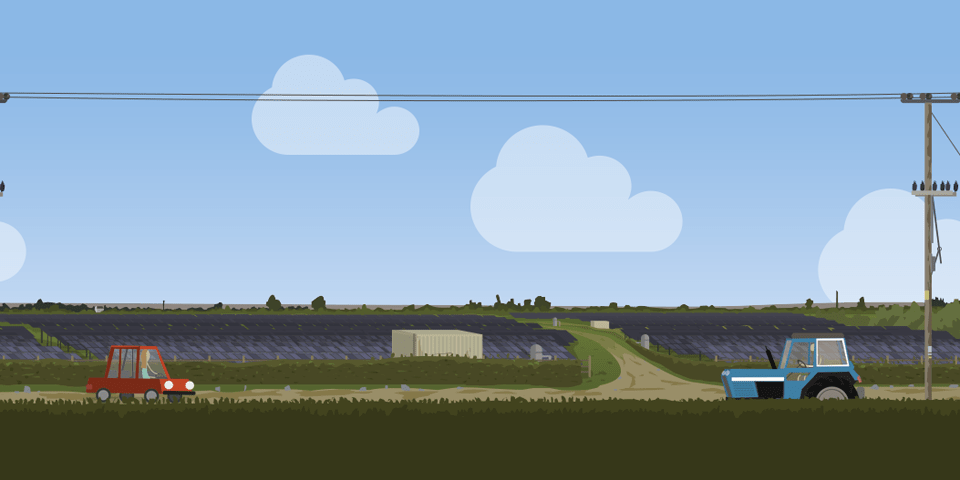 Want to work with us?

We are keen to work with like-minded companies and public sector organisations who want to engage people through a direct investment offer.

Corporate Clients should consider all risks before raising capital through Abundance and take independent advice where necessary. As with any investment product there are risks. For any financing raised, part or all of the investor's invested capital may be at risk and any return on their investment depends on the success of the project invested in. Abundance investments may not be readily realisable (and their value can rise or fall). Financing may be secured or unsecured. Estimated rates of return can be variable and estimates are no guarantee of actual return. Specific risks will apply in relation to each financing product.